Similarly to last year, here's my very own and personal year in review. If you think I'm sharing too much, that's the point; I am a firm believer in personal accountability even if vulnerability has to play a key role in it.

2017 was a defining year for me, without really actively planning it beforehand. It’s the kind of year where all aspects of life, work, personal life, self development and self awareness, they all intertwine and mingle in a way that it’s hard for me to tell where each one ends and the other begins. As it sometimes goes, it’s impossible to detach some of these areas from each other, as they all played a huge role in each other.

A little bit more than halfway through the year, I gave notice on my position as a remote front-end developer for GatherContent. It was tough, oh so tough; I had been working with them for almost 3 years and knew the product inside and out. But being remote after so long was taking a huge toll on my well being, and I knew I couldn’t bear that much longer. Combine that with a huge amount of bad luck dealing with a tricky tax situation between the UK and Germany (I was working and living in Berlin, but based in the UK previously), and the situation was beyond unsustainable; it had been for a long while, which I chose to ignore. Silly, silly Ricardo.

I was lucky enough to be convinced into giving Shopify a try, given the fact that I had really enjoyed Montreal. That also meant it implied a move, yet another country move, and this time my biggest one yet, from Germany to Canada. But with the support of so many friends and even my peers at GatherContent, I took the leap; and in October this year I joined Shopify’s team in Montreal as a front-end web developer. As of now, I couldn’t be happier with this decision ❤️

This year was also a year of many lessons learned, and as always, most of them the hard way. Mental health awareness was huge in my life this year, and most of my efforts went into talking myself out of believing the negative, guilt-filled stories of the life events that weren’t going so well. I was close to burning out at the beginning of the year, not because work dictated so, but only because I felt a deep, unmissable obligation of spending 3/4 of my free time in constant learning mode. Unsurprisingly, it doesn’t take long until this backfires with a bang!

My move to Montreal has also made me more aware of distance; physically and emotionally speaking. My years in Berlin, as well as my years in London, still made me feel like I was close-ish to my family in Portugal, and I could get away with lots of unanswered whys, as far as to why I chose to be away. Moving to Canada took a lot of dedication, commitment, and question answering… More than 3 months in now, I still wake up to answering these whys in my head: why I’m still here, why I’m happier now, why I’m not thinking about moving back. Call it the weight of the years (I also turned 30 years old 😱), or the responsibility of a move that’s now tied down to a piece of paper on my passport, but I now feel like I owe myself some answers. Honest and heartfelt ones too, while we’re at it.

If there’s a view of the world that change deeply this past year, that view is certainly seen from a mental health lens. For the first time I found myself in a position of serious struggle about work, my social life, what it meant to be home, and I was in a bad mental place for a long while. It’s incredible how easy is it to stop being kind to yourself, and how quickly all the stories you tell yourself become toxic negative self-talk. While I’m still not completely out of it, my perspective on what it means to live with feelings of inadequacy, or living with a damaged self, certainly kicked into high gear.

On the brighter side, my capacity for connection, compassion and empathy towards others’ struggles was 10x’ed during this period; going through a period of depression fundamentally changes your view of the world down to the core. I would be in deep trouble if it hadn’t been for my wonderful therapist and my beautiful friends, who were always there for me, preventing me from spiralling down even further and picking me up when I needed it the most.

That also ties in with my biggest lesson learned this year: learning that it’s okay to ask for help. I remember feeling like I was slapped in the face when I read Olivia Laing’s words, “sometimes all you need is permission to feel”… and from then on, a whole world opened up. It’s been an interesting journey of self-discovery.

It was an average year for fitness goals. While I didn’t take any breaks from being active and consistency in my workout regime was generally fantastic, I didn’t necessarily push any new limits, except maybe for running in extreme negative temperatures… ❄️

In October, I beat my 10k PR: 42m03s, at the Montreal Rock’n Roll Marathon Series, which I ran so dearly in Richard’s company, and generally since then my pace has improved dramatically! Most of my runs now take place on Mont Royal, which implies going uphill for a good stretch, and this has definitely paid off in terms of endurance: I can easily run a hilly 8k at a steady pace of 4.40km/min, which is a good reminder than age has nothing to do with it…! As I write this, I’m less than 24 hours away from running the epic 10k race of S. Silvestre, in Oporto, which will be my last run of the year.

In total, I only took 5 weeks away from climbing this year, due to injuries or travel. For every other week, I’ve climbed consistently at least twice a week. I’m aware I’ve hit a plateau, as bouldering has had me stuck on V5 routes for a while and not making a lot of progress. But I also improved my lead-climbing skills while still in Berlin, despite having not done any lead climbs in Canada.

Not a lot of writing was done this year, but the few articles and posts I’ve written have done quite tell! The most shared ones were all typography related, and partly due to the newsletter I maintain, Coffee Table Typography, which also deserves a mention for consistency: a new issue every 2 weeks is no easy feat, with each issue taking me around 6 hours to complete. A couple of articles in my personal blog have done fairly well too and were published on Hackernoon and Prototypr.io. Still, I wish I had done more writing. Here’s the top performers:

Ok, I guess it wasn’t that bad a year for writing. I also literally just published my first article on Web Accessibility, which you can find here.

The 15 book challenge on Goodreads was smashed! Here’s what made the bookshelves this year:

Shoutout to The Lonely City, by Olivia Laing, which taught me so much about being with oneself and how to deal with feelings of being estrange from our own place. Her quotes still hang around on post-its, on my desk, and on my cell phone.

Unfortunately, I didn’t launch any major side projects this year, despite having started 3 of them… all of which are still pending. I did launch a few small experiments and developer tools, however:

I slowly got back into photography, once again, and damn it it feels good. 2016 was a wonderful year for photos, with some of my Jordan desert hike photos being published, and the Vietnam ones exhibited. None of that happened this year, but I bagged a few good ones.

My favourite has to be this glorious gloomy weather I got in Berlin earlier this year: 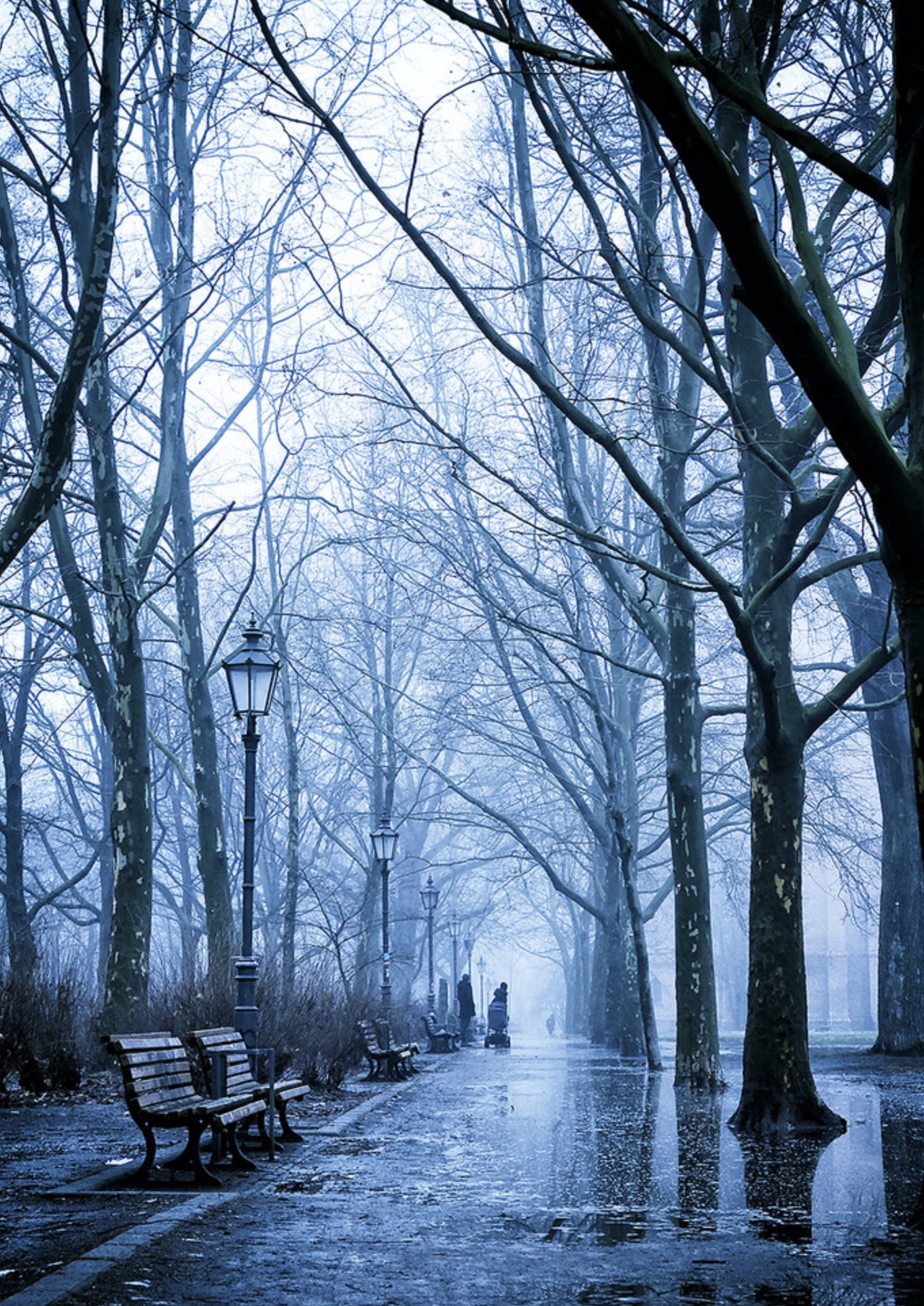 Closely followed by a personal favourite, in Oporto, where I only stayed for a day earlier this year: 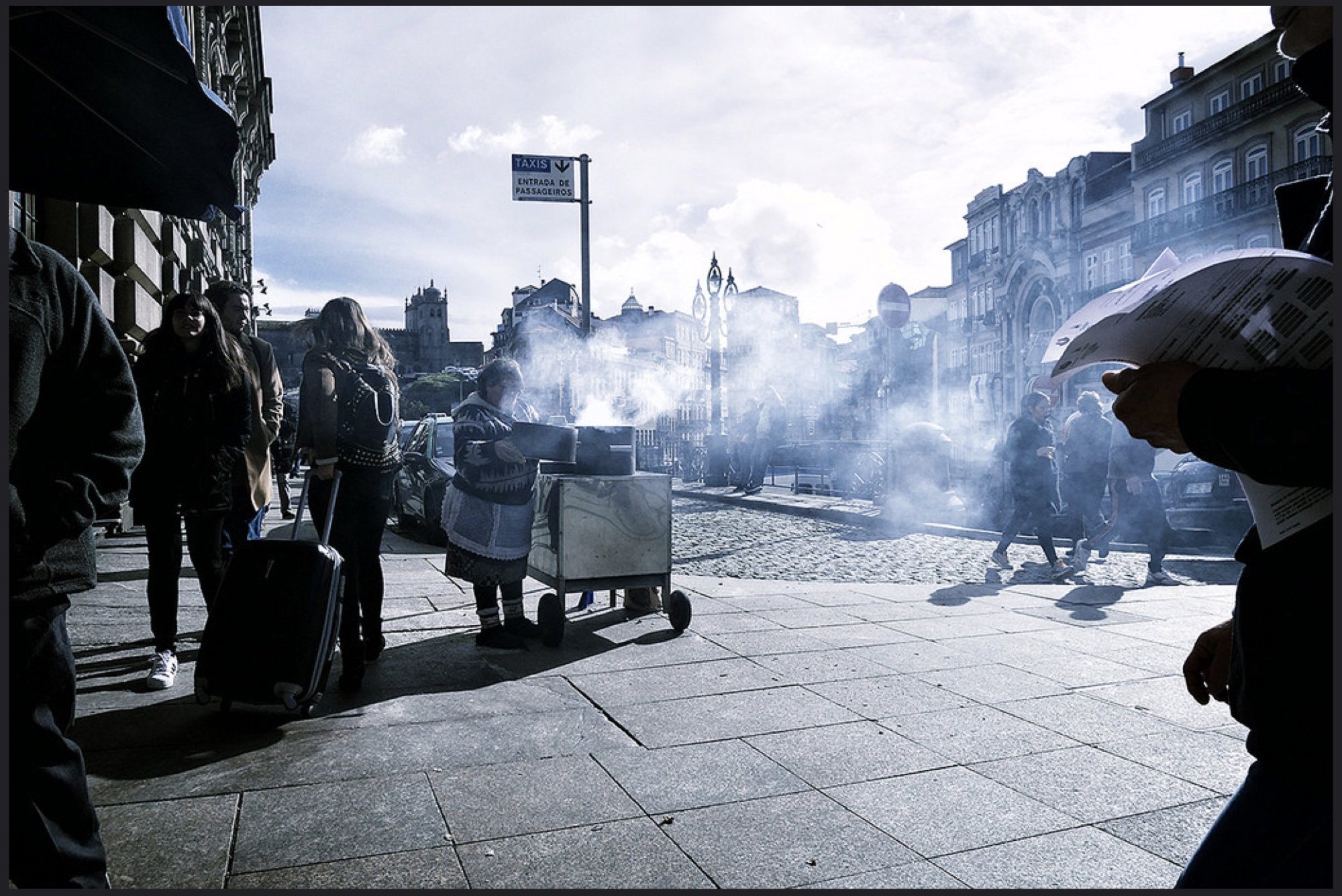 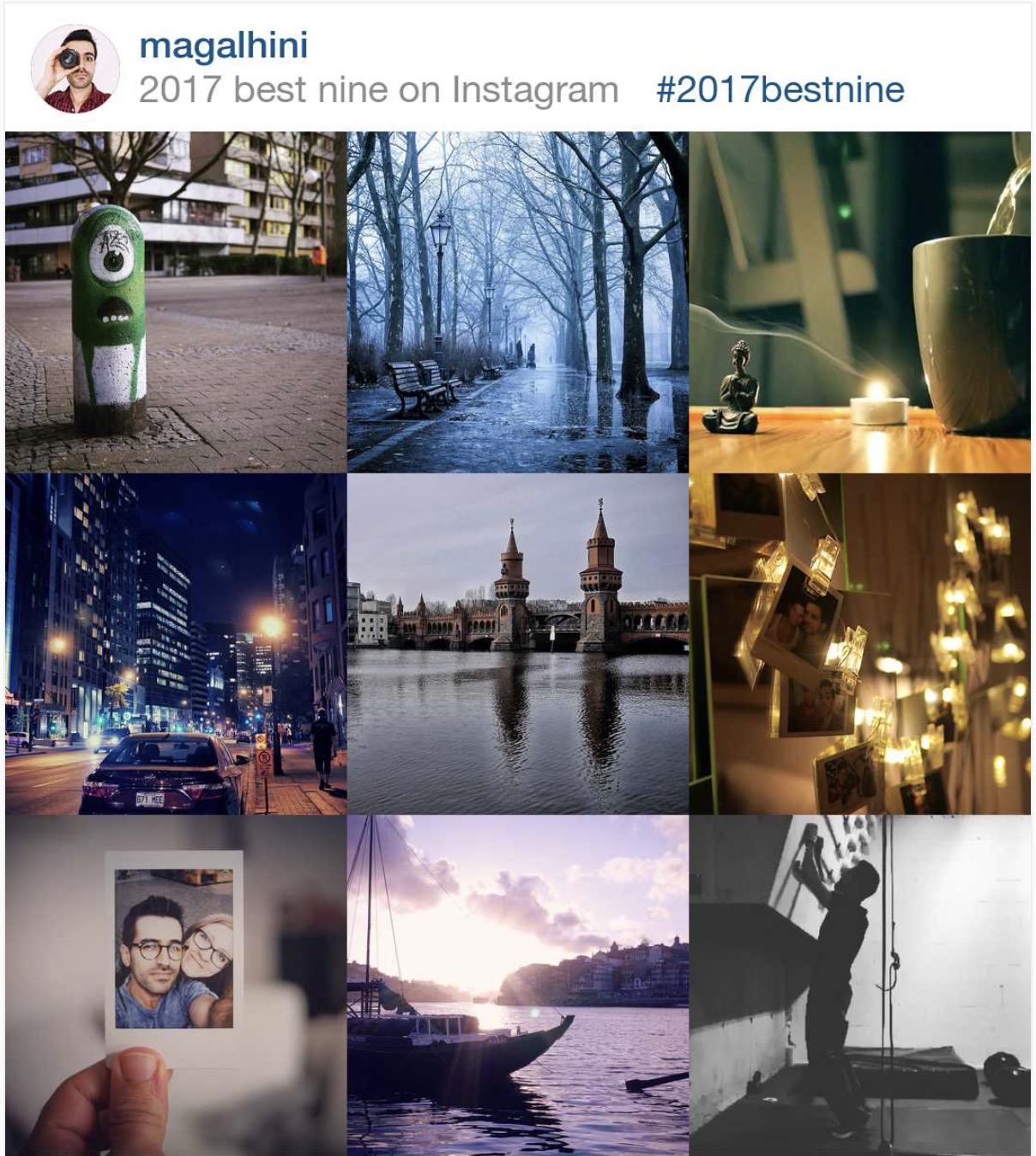 The YakTrax, on the other hand, are the most useful piece of gear for hardcore winter running. At around $50 CAD, these things add spikes and horizontal coil springs to any running shoes; running on ice is no longer an issue. I look forward to wear them on every winter run, they really do make you feel like Superman… on ice ❄️.

This one is hard. But, taking into account sentimental levels, staff friendliness and craft of the coffee itself, Populus Coffee in Berlin is the clear winner. I’ve spent countless mornings working remotely from there, as it was just a 5 minute walk from my place in the beautiful Maybachufer canal. The staff knew about my machiatto preference in the morning, espresso after lunch. Even managed to have a date there once, which was a risky move. All of this utterly sucks, however, since I’m not in Berlin anymore and I miss this dearly…!

… will be for the things I didn’t get to do. I want to give more talks, whether at conferences or at Shopify, in order to share and give back to the community everything I so intensely learn and consume. I also want to claim back my travelling self, as I didn’t travel nowhere near enough this year. I have a whole new continent to explore now!

On a fitness level, I’ll aim to nail the sub-40 minute 10k run, and to climb V6 routes consistently.

If you’re looking for a proper way to review your year and plan for the new one, I can highly recommend you print out the YearCompass booklet

Go out and make great things. 🙌